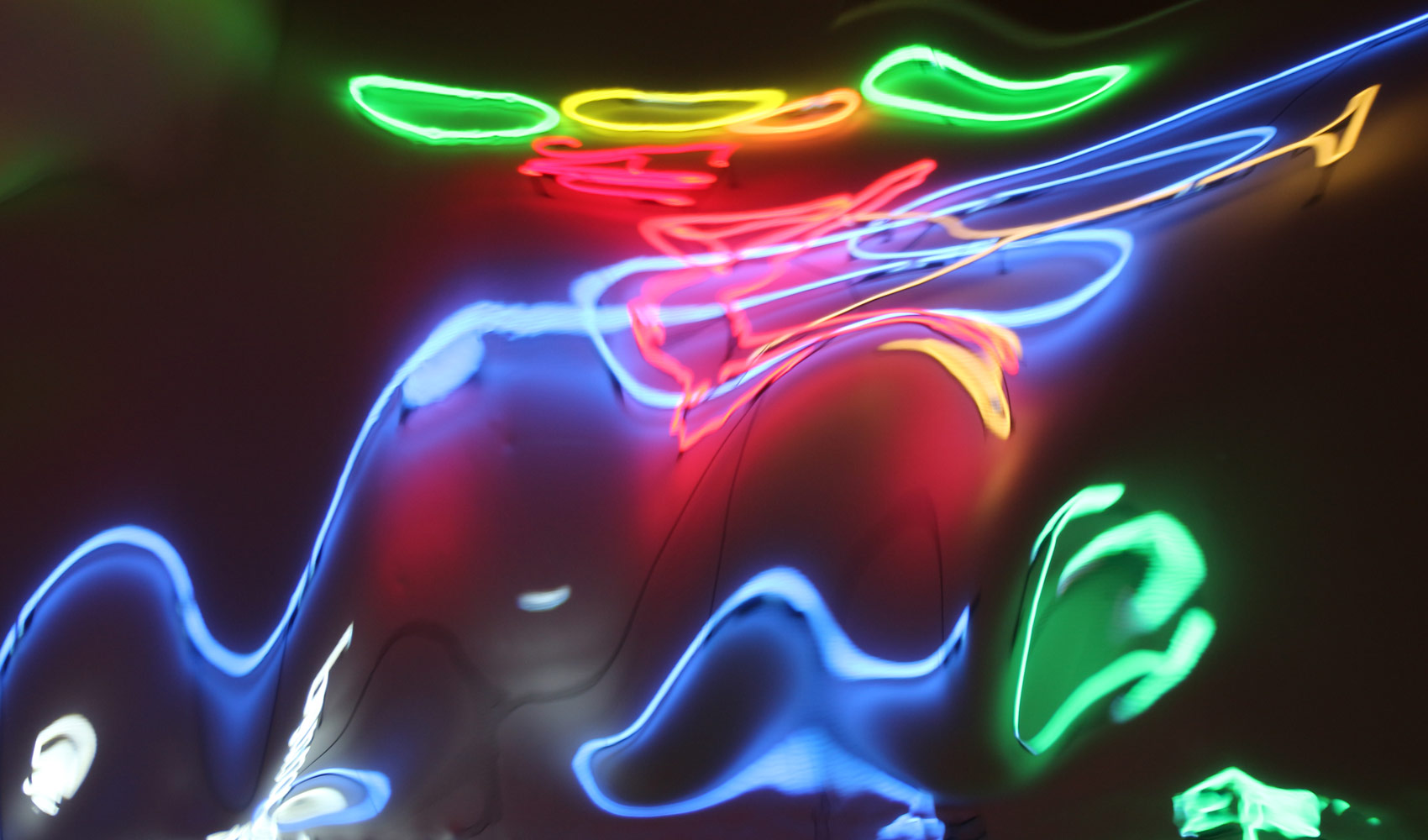 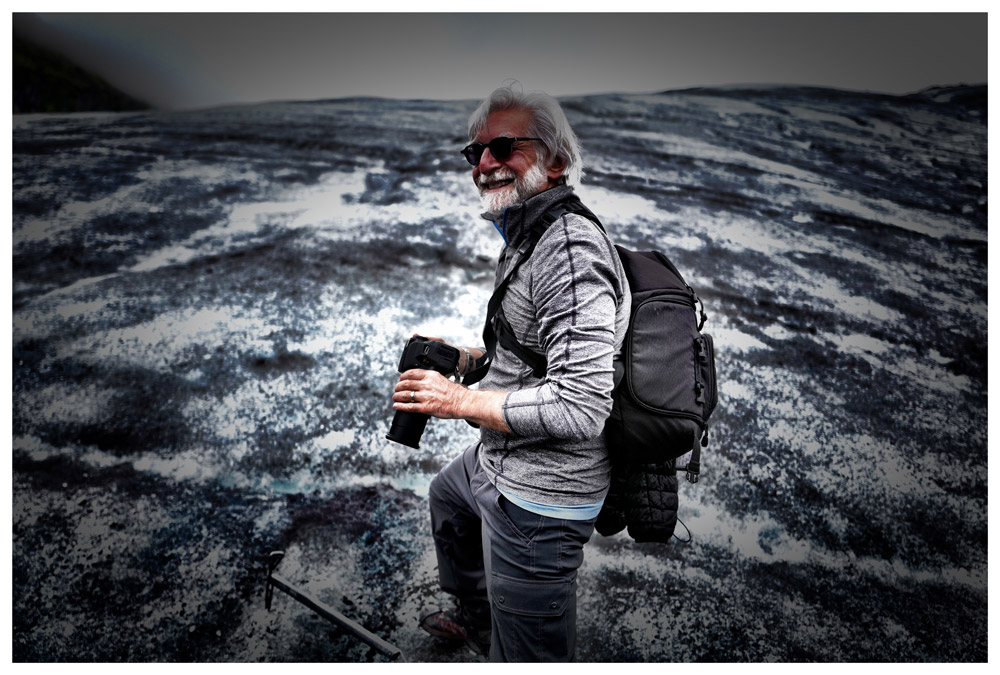 Glenn Olcerst pushes the boundaries of photography with a visual series that transforms our world and transports the viewer. Ordinary scenes are rendered ethereal, abstract textures and patterns become adventures for the eye. Glenn’s discoveries and innovative techniques have found broad appeal with individual collectors and commercial clients.

Glenn’s photography and stone art is being featured on Hearst TV’s new show “Maker Nation.” Glenn was also previously included in two segments of the HGTV show “Look What I Did.” Glenn served two terms on the Board of Silver Eye Center for Photography, a nationally-recognized institution exclusively dedicated to the best in contemporary fine art photography.  Glenn has studied with the world-renowned National Geographic photojournalist Linda Solomon, and her influence is evident in his work. Glenn’s images  have recently been selected by the prestigious Goodall Gallery in Louisville Kentucky for inclusion into the permanent PNC Bank corporate art collection at its Pittsburgh headquarters. After the Progressive Grocer article (see link below) acknowledging that Glenn’s images sell food, he was selected by architects and designers to provide commercial decor packages for a number of retail grocery chains and numerous fine dining restaurants. Glenn’s photography (and stone art) are represented throughout the Middle East by Martin Mari Gallery, Dubai.

Using only the familiar tools of camera, film and darkroom, Glenn Olcerst brings a striking new edginess to traditional black and white photography. The resulting ultra-high contrast prints inhabit a world between the chiaroscuro of a pen and ink sketch and the luscious depth of an Escher print.

The camera original process for an “Ultra High Contrast Black and White Image” starts with using a no longer available very low speed film (developed for taking pictures of blueprints) -which is  pushed in the camera and then developed in proprietary chemicals. Each image takes 8 to 12 minutes (instead of the typical 8 to 12 seconds) to develop in the darkroom, and each is unique like a drawing.

The “European Series” demonstrates how an innovative use of film and sepia toning gives an “old world” look to a contemporary photograph. Bravo Development Corporation has selected images from the “European Gallery” and the Café & Market Gallery for its “Brio” restaurant chain along the East Coast ( 57 images/flagship location pictured below ). Glenn’s food images can be found in many fine restaurants , cafes and grocery locations throughout the country. 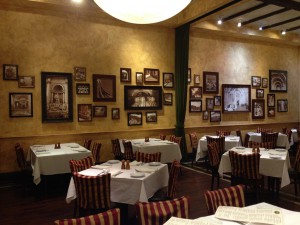 The “Leaf Series” photographs document Glenn’s forays into the world of macro photography. Using a 50 mm macro lens coupled to a 1:1 life-size converter results in intricate, complex patterns which are fascinating and unrecognizable.

“What is that?” These photographs include shots of up to nine exposures per frame, as well as refracted/reflected images, and images captured through a kaleidoscope lens built by Glenn for transforming the mundane into the abstract. Glenn’s Abstracts (4’x8′ high gloss brushed metal prints pictured below) were selected to fill the ultramodern corporate mega facility of the former owner of the Colorado Rockies, Glenn was the only artist selected to fill the entire headquarters space. 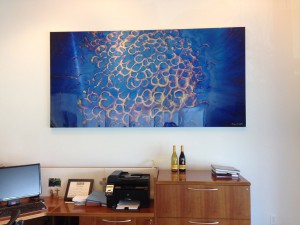 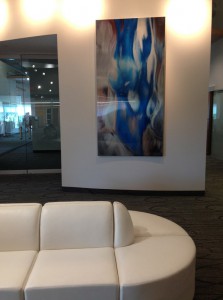 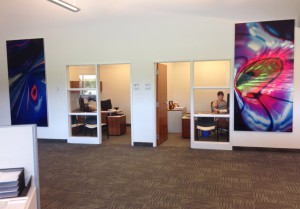 Let Destination Photographs turn your environment into a journey of perception. Experience the art of focusing.